Welcome to BOAST: Best of Astoria, the essential guide to the best things to eat, drink, do and see in Astoria, Queens. 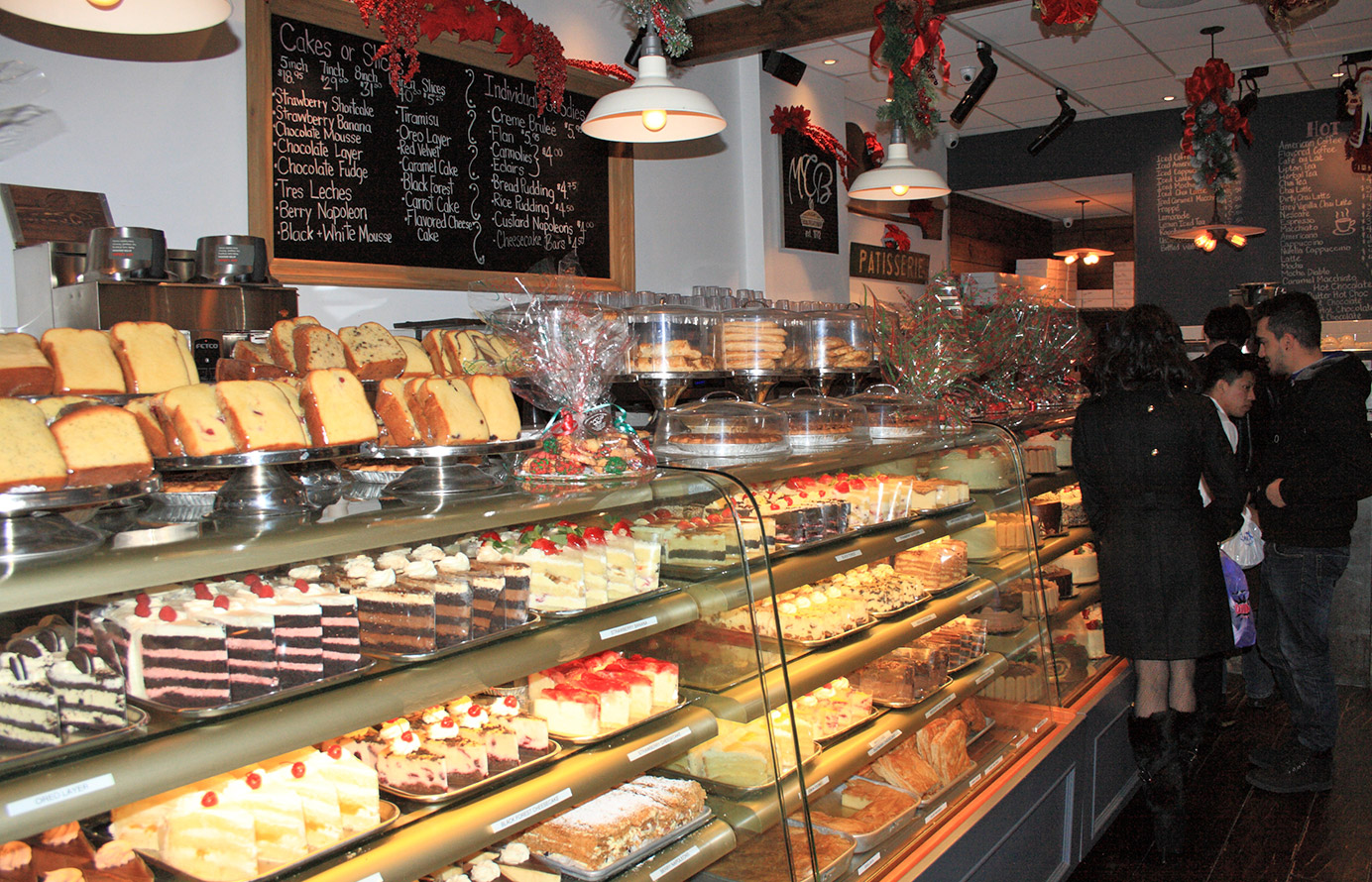 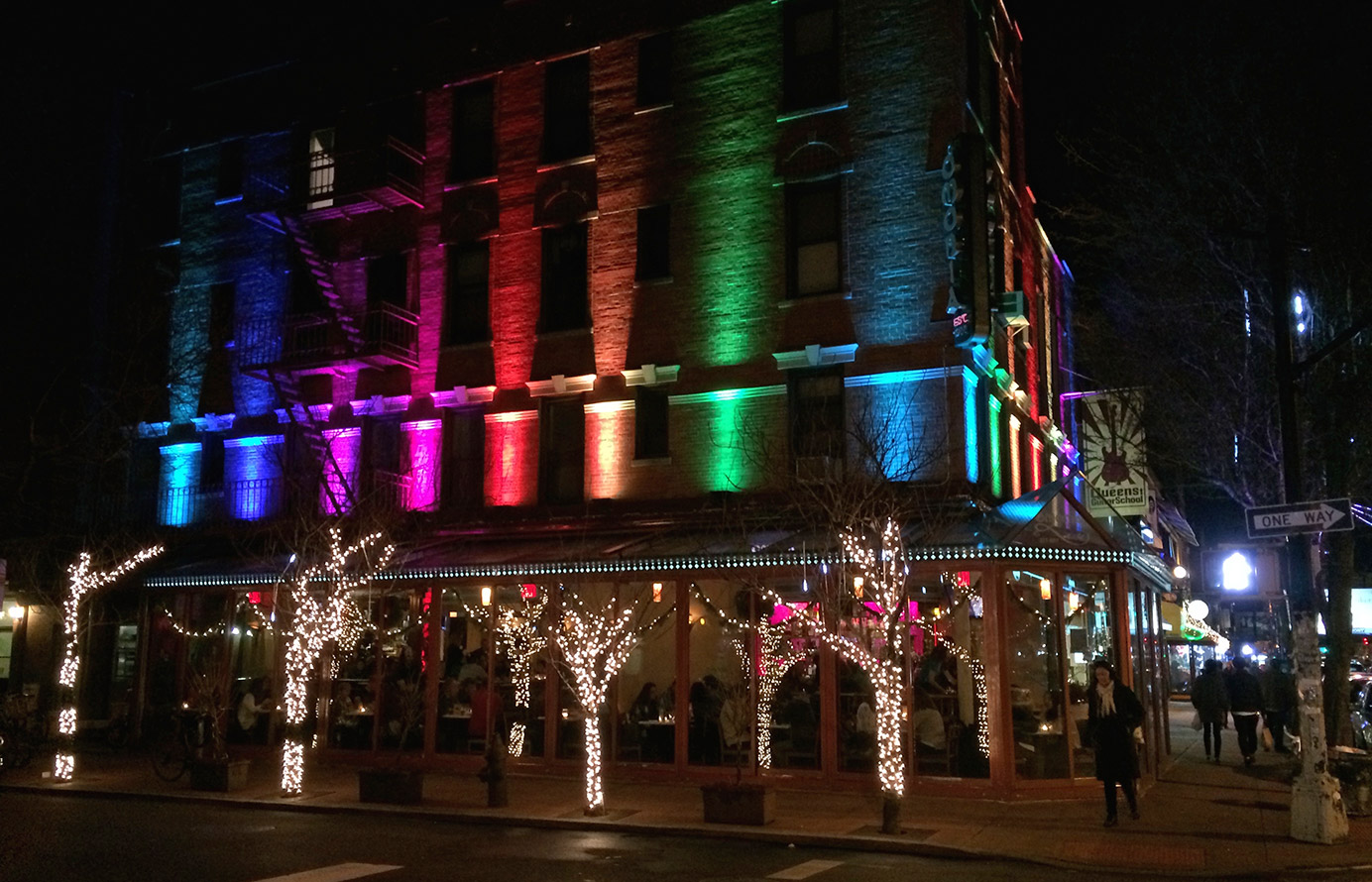 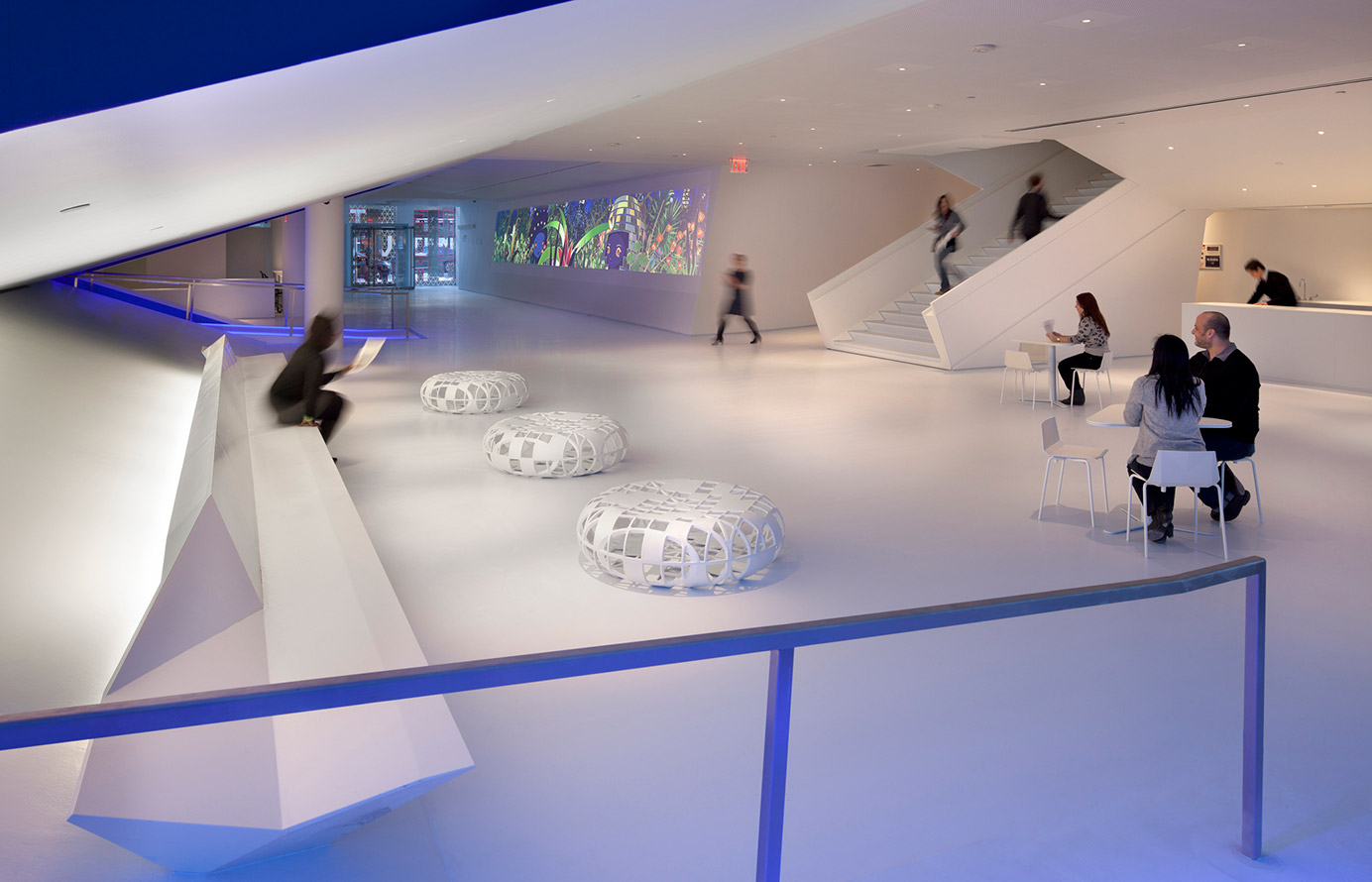 If you would like to have all the BOAST: Best of Astoria 2018 winners together in one graphic, see below, and you can download the PDF (great for printing) here. The size is half-letter (5.5″W x 8.5″H). Come to Oliver’s Astoria (37-19 Broadway) TODAY Sunday, March 3rd from 4–7pm to celebrate the BOAST: Best of Astoria 2018 winners! (Oliver’s Astoria is a winner for Best Bar for Sports.) Some snacks will be provided, and there will be a cash bar. We’ll have a raffle with great prizes, and live music by Dan Rauchwerk Music and Courtney on cello! It’s $20 at the door.

Hope to see you there! “An Evening with the Dalmatian Tenor” performances at The Secret Theatre in Long Island City, will be on March 14, 15, 16 and 17, 2019. Vladimir Garic is one of the leading tenors in Croatia and the surrounding region. He has curated an intimate, unique musical experience, that introduces his musicianship as an operatic tenor, a traditional Dalmatian Klapa (a cappella) tenor and a rock guitar player.
Showtimes are 8:30 PM, doors open 7:30 PM. Tickets are $25 advance/$30 door. Queen, the current production of the Astoria Performing Arts Center (APAC), written by Madhuri Shekar, is a story particularly relevant to today’s political climate. Performed at the Boys and Girls Club black box theater, the intimacy of the setting allows the audience to completely immerse themselves in the story of two female graduate students (Ariel Speigel and Sanam Shah played by Rachel Rhodes-Devey and Mahima Saigal) grappling with the concepts of ethics, friendship, romance, and respect. Both characters push personal and professional boundaries throughout the play. When their adviser and mentor encourages unethical behavior in the interest of “the greater good,” both of these independent women hash through the greater implications that eventually leads them both to the same conclusion.

As someone with a great deal of experience in academia, I found the story both relatable and realistic in its approach to scientific research and the pitfalls of long-term data collection and analysis. Upon leaving the show, the general themes and the ending in particular sparked a spirited debate with my show guest. Any play that leaves you talking, thinking and discussing for days afterwards is, in my opinion, one worth pursuing. 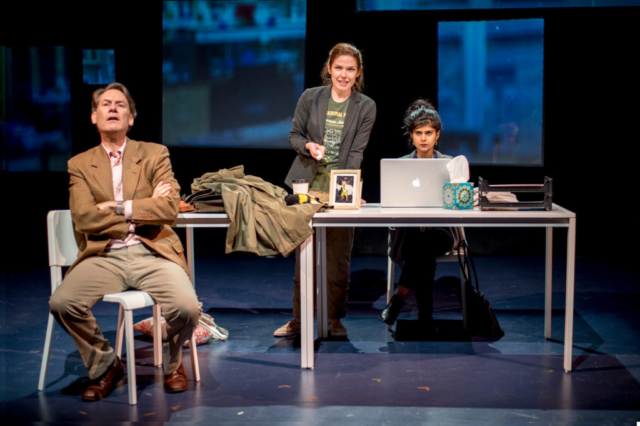 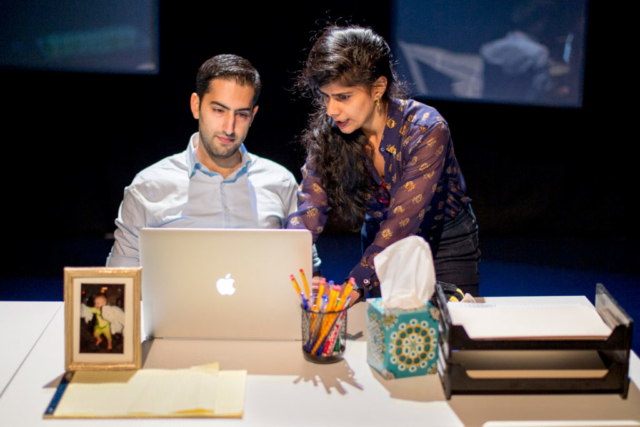 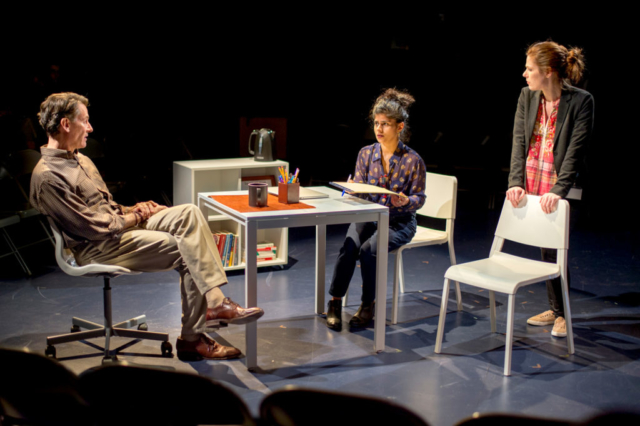 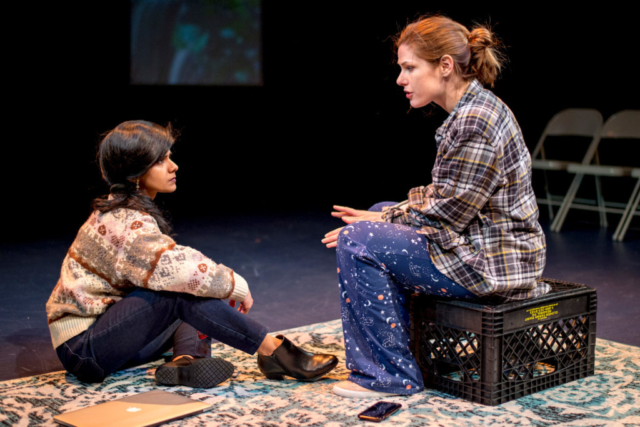 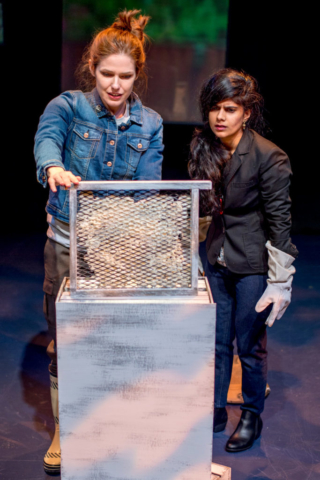 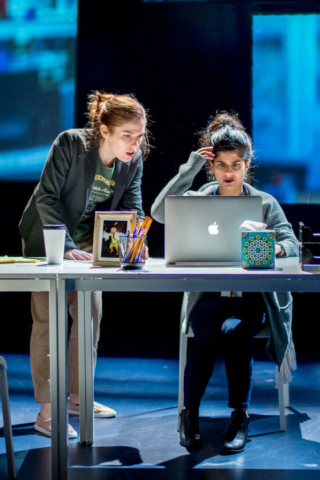 Come to Oliver’s Astoria (37-19 Broadway, Astoria) on Sunday, March 3rd from 4–7pm to celebrate the BOAST: Best of Astoria 2018 winners! (Oliver’s Astoria is a winner for Best Bar for Sports.) We’ll have some snacks for you, and there will be a cash bar. ALSO, we will have live music. ALSO ALSO we will have a raffle. If you sign up by Friday, February 22, you will be automatically entered into the raffle. It’s $15 (+ fee) in advance, and $20 day of the event at the door. If you have any questions, email hello@boast.nyc. You can go to boast.nyc/party to reserve your ticket, and you can RSVP on the Facebook event with this link.

We look forward to seeing you there! Astoria Performing Arts Center’s 2019 season is upon us, as the play Queen runs January 31 through February 16 at The Black Box at the Variety Boys & Girls Club of Queens. To give some insight into the play, the new season, and the new (old) location, we did a Q&A with Jesse Marchese, Executive Director at APAC.

What is your role at APAC?
I work closely with APAC’s Artistic Director, Dev Bondarin, to program and facilitate our season of mainstage productions as well as our free community arts programs for local youth and senior citizens.

Can you tell us about APAC’s new location?
Last year, after ten years of producing at our longtime performance space at the Good Shepherd United Methodist Church, we were forced to relocate as the church did not renew our lease. Our final mainstage production at the church was our NYIT Award-winning production of Follies by Stephen Sondheim, which we produced in May of 2018. We also produced our free spring and summer community programs—Senior Stars and Summer Stars—at the church, and we moved out of the space and into the Variety Boys & Girls Club of Queens at the end of August 2018.

What is in store for APAC’s new season?
First up, we will produce the New York premiere of Queen by Madhuri Shekar in the club’s flexible 75-seat Black Box theater from January 31 to February 16. Then, from May 2 to May 25, we will produce the beloved Tony-nominated musical Caroline, or Change in the club’s 99-seat Broccoli Drama Theater. The club is exciting as we have two different flexible and intimate spaces to make theater in. Plus, like APAC, it is a beloved community organization that serves local youth with their free after-school programs. We’re hoping the new space will expose our work to folks who are familiar with the club, but not yet APAC—and will help us to grow our audience!

Can you say a little about the current winter and upcoming spring productions?
Our winter play, Queen by Madhuri Shekar tells the story of two female scientists, Sanam and Ariel, who have spent the past seven years researching vanishing bee populations across the globe. Just as they are about to publish a career-defining paper, Sanam stumbles upon an error which could cause catastrophic damage to their reputations, careers, and friendship. Now, both women are confronted with an impossible choice: look the other way and save the bees—or tell the truth and face the consequences? J. Mehr Kaur directs APAC’s production which is the play’s New York Premiere!

Set in one of the most turbulent decades in America’s history, the Tony-nominated Caroline, or Change (our spring musical) tells the riveting story of a remarkable but uneasy friendship between a young Jewish boy and his family’s Black maid in 1963 Louisiana. The virtuosic score by Jeanine Tesori (Fun Home), which blends blues, gospel and traditional Jewish melodies, creates a breathtaking tapestry for Tony Kushner’s (Angels in America) provocative and deeply moving libretto, which tells the story of a country on the brink of change. APAC’s Artistic Director Dev Bondarin will direct the production.

Why did APAC choose to do Queen and what about the story did APAC find interesting or compelling?
APAC chose to produce Queen because it is both urgent and topical—but also compelling, personal and deeply human. We’re thrilled to be giving the play its New York Premiere. The play centers on a real and immediate ecological problem, which is colony collapse disorder, the dying honeybee population due to the use of pesticides (among other causes). This is just one small part of the overwhelming problem of climate change that we are currently facing. Plus the play explores the lives and friendships of two female scientists, posing questions about what it means to be a woman in a male-dominated field. Furthermore, the play brings together so many diverse voices. Two of the play’s characters are Indian-American—one character is from India and the other is of Indian descent but was born and raised in the United States. This leads to fascinating dynamics between the characters and reflects the remarkable diversity of this great country (and particularly our wonderful neighborhood of Astoria, Queens!). Finally, the ethical problem at the center of the play regarding truth and certainty is a fascinating one: Should the characters publish their study, even if the data doesn’t support their conclusion, if it will save the lives of honey bees? Or should they stick to their principles, not publish, and watch 7 years of hard work go down the drain as pesticides continue to kill the colonies? Do the ends justify the means? It is not an easy decision for our characters to make—but a riveting one for audiences to watch as they struggle with it.

Why should people come see this show?
For all of those reasons, people should come see the show. I hope audiences walk away knowing more about the immediate dangers of colony collapse disorder and the amazing, heroic female scientists who are working to solve the problem. Plus it is a well-written yarn and a delightful evening of theater. It should leave folks with plenty to think and talk about!

You can get tickets to Queen here. 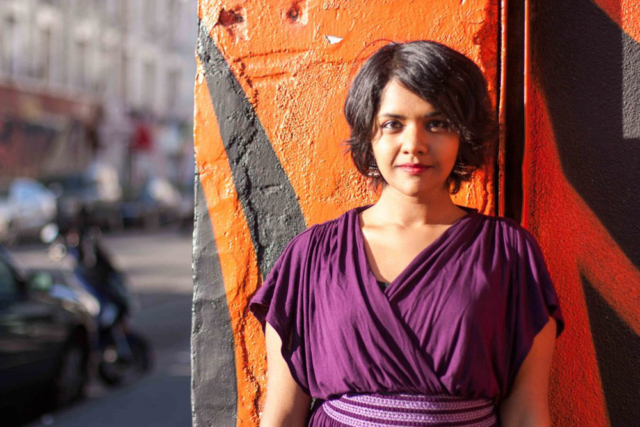 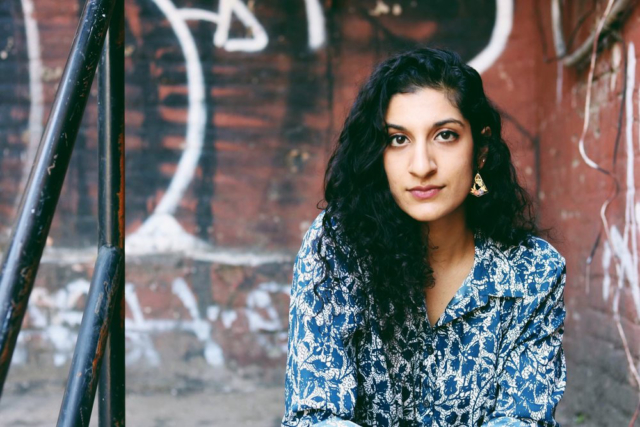 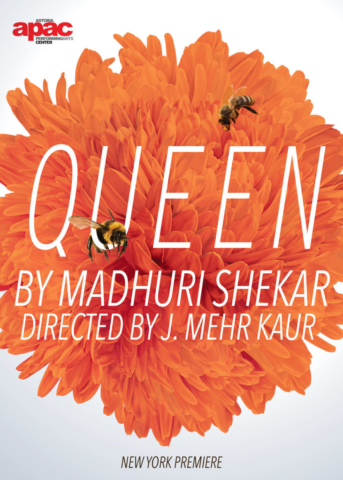 You can see more information about each winner on the EAT, DRINK, and DO & SEE pages. Here is a compiled list.

There were a lot of BOAST: Best of Astoria 2018 winners. Here are some numbers from the results. The BOAST: Best of Astoria 2018 results have been published to the BOAST website, and you can see all the winners on the EAT, DRINK and DO & SEE pages. You can also view the winners by location on the LOCATION page with an interactive map broken into categories, with subway stop in parentheses. We have added new photos to the site, as well as new Featured BOAST Locations on the sidebar. (If you want to be a Featured BOAST Location, write to us at hello@boast.nyc.) We also have some new categories this year, including Best Bagels, Best Bubble Tea, and Best Massage. We want to thank those who filled out the survey, especially those who did write-ups, and give a special note of appreciation to businesses who donated prizes: a trucker hat from The Bonnie, a Duvel Gift box from Astoria Bier & Cheese, ticket vouchers from Astoria Performing Arts Center, a VIP pass from Q.E.D., a gift card from Astoria Coffee, and a gift certificate from Trattoria Ora.

Congratulations to all the BOAST: Best of Astoria 2018 winners. These are the places that make Astoria great, and why we enjoy it so much. Can you believe it’s already the end of 2018? We think this year completely flew by. The BOAST: Best of Astoria 2017 party at The Queen’s Room felt like it was just the other day, although it was in February! But with the end of the year comes the BOAST: Best of Astoria 2018 Survey! Please fill out the form and enter your name and email if you’d like a chance to win a prize. We always appreciate short write-ups about your favorite places, but keep in mind that there are 51 total categories, so answer as many as you’d like. The survey will be open until the last day of the year, December 31. There’s been a lot of change in the neighborhood in the past year, so we look forward to seeing what your favorites are right now. The link to the survey is boast.nyc/survey, and please share with anyone who knows and loves Astoria!