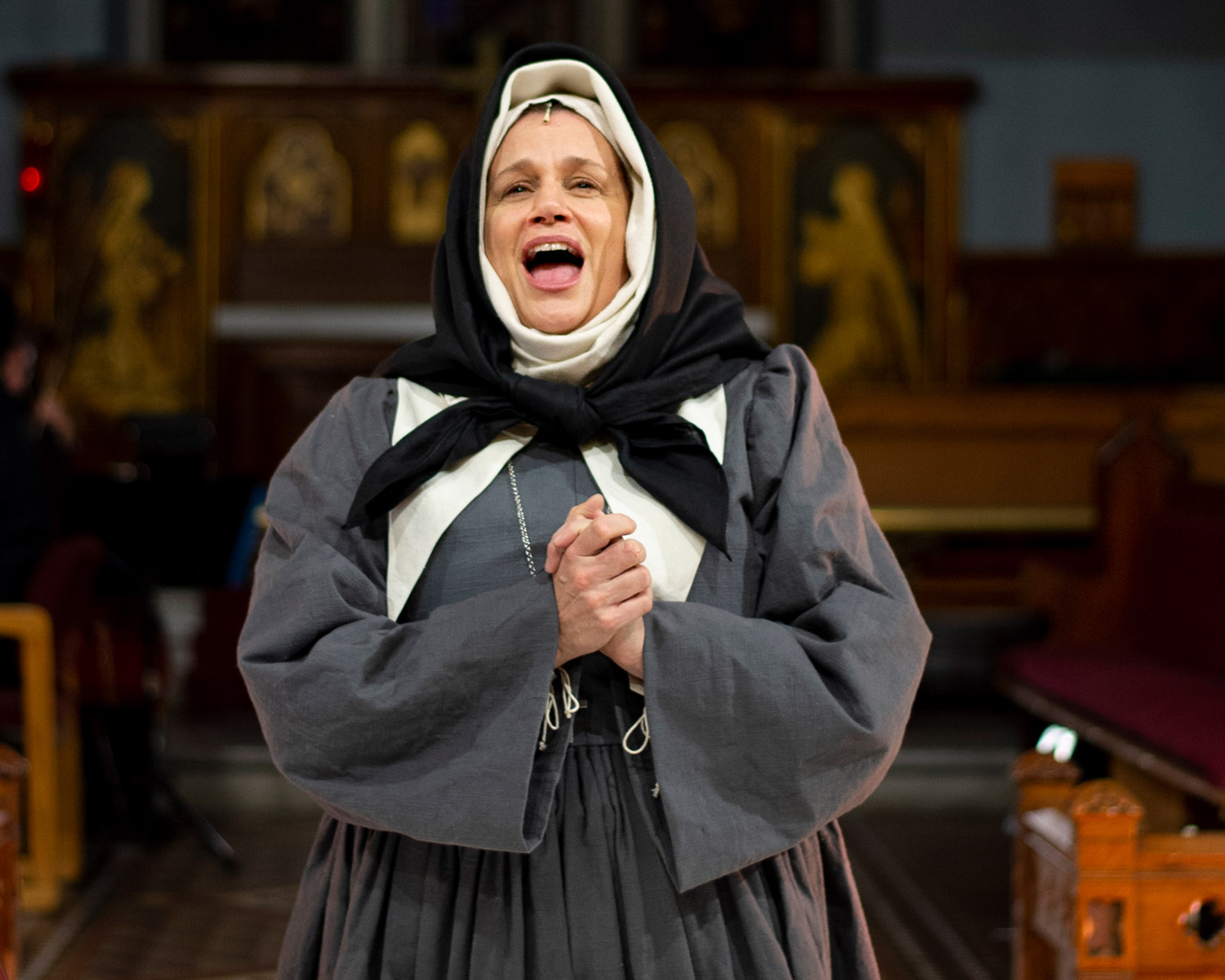 This past Monday I went to see Marguerite presented by Astoria Performing Arts Center. Despite the rainy evening, several patrons filled the pews of the Church of the Redeemer, an appropriate location for a show depicting the life’s work of the first saint of New France. One can’t help but feel a sense of awe inside the 1867 simple Gothic-style structure.

I was particularly struck by the dramatic use of light as the show began. The house lights were turned off and the only light to be seen was through several stained-glass windowpanes that surrounded the building.

In Marguerite, Cady Huffman portrays the religious calling and struggles of Marguerite Bourgeoys. Her warm voice is accompanied by a pianist and cellist who are positioned in the chancel. We learn about her upbringing, her devotion towards the growth of Montreal, and above all else her pursuit of education. Throughout her life, Bourgeoys made steadfast efforts to offer an education in Ville Marie to uncloistered girls, the poor, and children of first nations. The execution is intimate with Huffman going into the audience and speaking directly to us, drawing us into her journey. Huffman delivers the one-woman performance with grace, sincerity, and a touch of humor.

The Tony award-winner truly delivers as her voice fills the entire sanctuary with ease. When she melodically proclaims “Je suis canadienne!” I couldn’t help but agree. If you are drawn to musicals based on historical figures, French-Canadian history, and female leadership in the face of adversity, then definitely catch Marguerite while you can!

Remaining performances:
Thursday the 21st at 8pm
Friday the 22th at 8pm
Saturday the 23rd at 3pm & 8pm

at The Church of the Redeemer
30-14 Crescent Street, Astoria