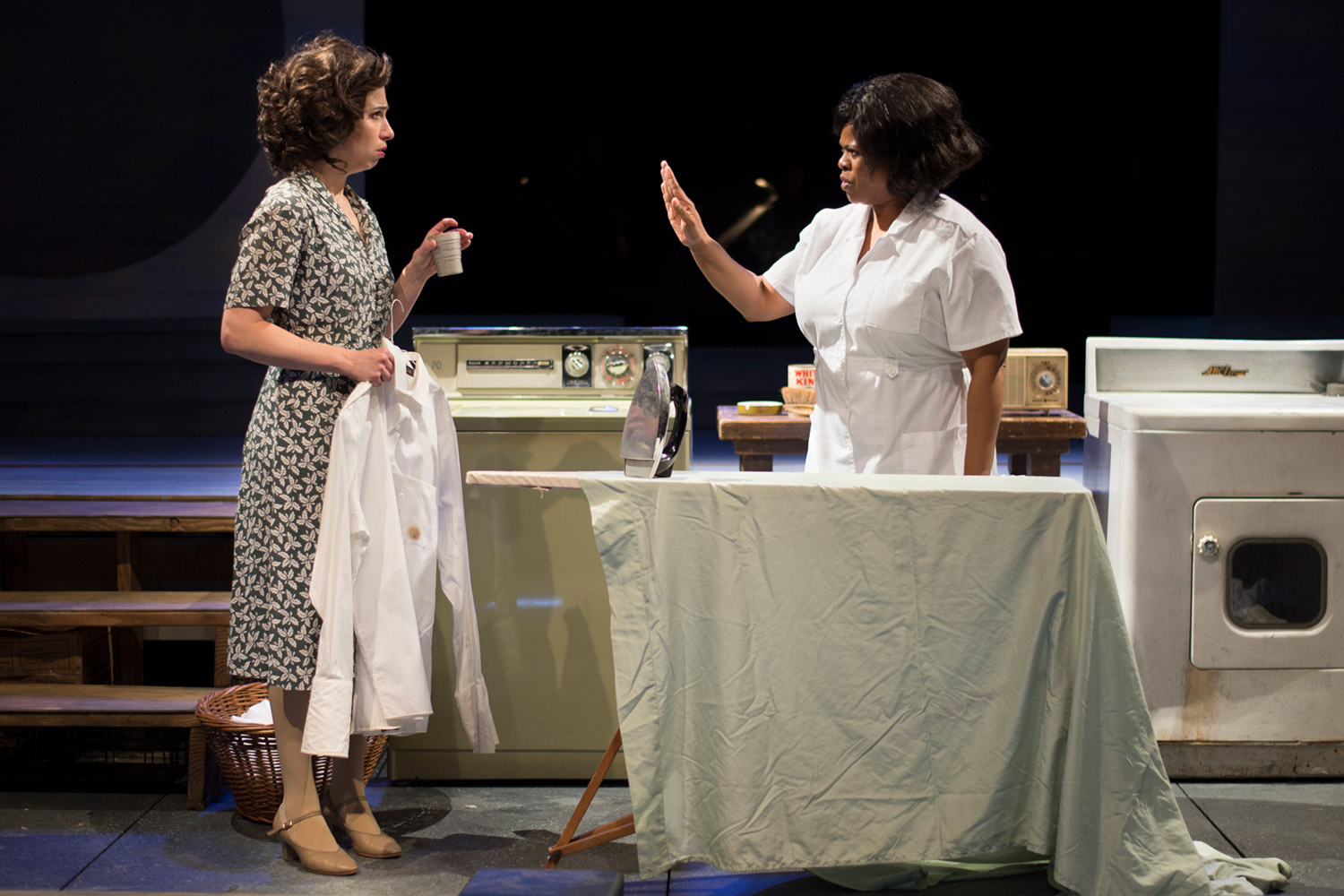 Caroline, or Change, which takes place in 1963 but was first performed 15 years ago, has arguably more social relevance today than ever before. Written by Tony Kushner, best known for the play Angels in America, he explores the issues of societal, class, race and religious inequalities that had boiled over in the 60’s and are still fully present today. The story takes place in Lake Charles, Louisiana on the day of JFK’s assassination, an event that captured the attention of an entire country. In the meantime, Caroline (LaDonna Burns), a black maid in the employ of a middle class Jewish family (modeled off Tony Kushner’s own upbringing), is coming to terms with her status as a single mother living off minimum wage while trying to provide the best life she can for her three children Emmie, Jackie and Joe. The show cleverly anthropomorphizes the objects of the laundry room where she spends most of her day: the washer and dryer provide commentary while the radio adds its own set of vocals. The director breaks up the set into two spaces that allow for seamless transition between scenes in the Gellman and Thibodeaux households. The central relationship is between that of Noah Gellman (Sabatino Cruz), who recently lost his mother and has yet to build a relationship with his stepmother Rose, and Caroline Thibodeaux, his no-nonsense maid who allows him to light her cigarette every day. The performers do an excellent job of revealing the depth of feeling between these two disparate characters while allowing the supporting cast members to come into their own during the course of the show. Along with the excellent vocals and performance of our lead actress, other standouts include her friend Dotty (Nattalyee Randall), daughter Emmie (Sharae Moultrie), Rose Stopnick Gellman (Lauren Singerman) and Rose’s father Mr. Stopnick (Gordon Stanley).

While Mr. Stopnick explains how the struggle for societal equality and freedom in America for Jews and Black people are alike, the audience can easily note the income disparity between the two families. In the meantime, Caroline’s daughter Emmie is ready to follow MLK’s example of non-violence to march in demand for change in the US. The actors and director do a beautiful job of portraying a country on the edge of major change and conflict. We can only wonder what these rich characters would have to say about the recent events sweeping this country. With so many salient issues and engrossing story, this show provides a distinctive look back at the last 60 years of change…or not?