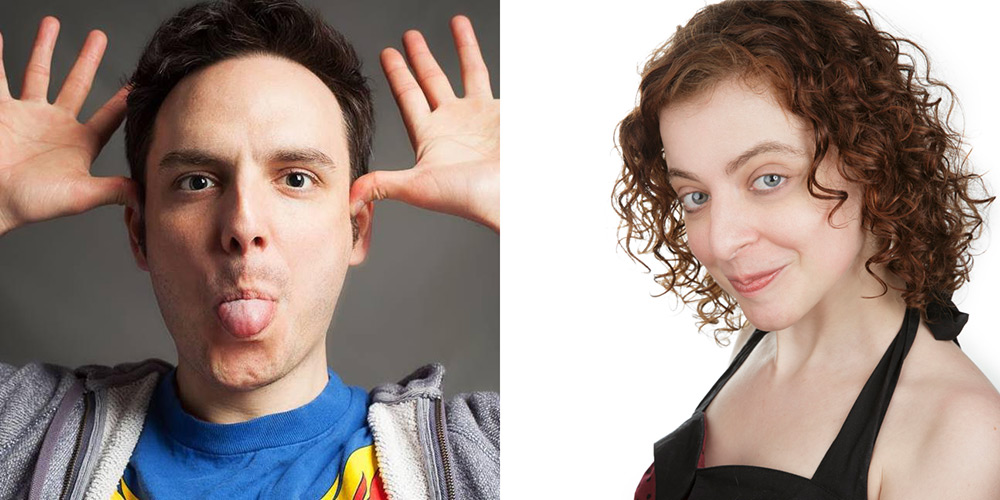 Q.E.D. is exactly the type of venue Astoria has always needed. It’s a place that advocates for the arts by offering classes, events, shows—and most importantly, comedy.

This past Friday night, my boyfriend and I braved the below-freezing temperatures (well okay, we took a heated Uber) and went out to see Q.E.D.’s Relationsh*t, an irreverent comedy show featuring adult themes and a live therapy session. Ironically, the two of us got into a slight disagreement on the way there, and I couldn’t help hoping that a show making light of relationship issues might help us laugh it off.

Relationsh*t is hosted by comedians Lynn Bixenspan and Morgan Pielli, who aren’t in a romantic relationship but who do have great comedic chemistry. I could’ve easily listened to their banter for the entire show. The theme of the night was “dating,” though Relationsh*t’s stories can be about any type of relationship: friendship, familyship (is that even a word?), even one’s relationship with pooping—which they apparently covered last time. After the introductions and some gripes about their online dating woes, Lynn and Morgan brought out a series of guests who had each prepared a hilarious true story about their own dysfunctional dating experiences.

First up was Selena Coppock, who told a story about going on a few dates with a guy that she eventually broke it off with because she wasn’t sexually attracted to him. Then a year or two later, she was chosen to act in a commercial he was directing, and his sudden authoritativeness made her swoon. They ended up having a spicy meeting that Halloween–her being dressed as Sexy Duck Dynasty probably helped.

Next Nick Padilla told a story about being chosen to act in a student-directed play where the stage directions basically were [Make out. Take off clothes]. When he met his co-star, he was instantly attracted to her, but she made it clear that she wasn’t into him at all. Plus she had a boyfriend. In spite of all that, Nick was delighted to find that their rehearsal sessions started pushing the boundaries more and more. When they finally performed in front of a crowd, which included the girl’s boyfriend, she actually gave Nick a hand job on stage. Nick was expecting the boyfriend to punch him out, but after the show the boyfriend bounded up to him, shook his hand, and said, “I’m so proud of you guys! Great job!”

The last storyteller was Myka Fox, who received therapy live on stage from two licensed therapists (who also happen to be comedians). She confessed to the audience that she’s with a really great guy, but said that he clearly loves her more than she loves him, and his complaints about her lack of empathy are starting to make her wonder if she’s a psychopath. (She’d like to think she’s just a terrible girlfriend.) The therapists told her that she’s pulling away because of a fear of intimacy, and that if she does love him, she needs to go out of her way to show it by doing things like asking about his day—which Myka wasn’t too happy about. The therapists concluded that Myka isn’t a psychopath, but should definitely be in therapy.

Needless to say, my boyfriend and I had a great time seeing Relationsh*t and would gladly go again. It was full of honest jokes and it pushed the boundaries, like all good comedy shows should. It also lightened our mood. As we traveled home together, we apologized, talked through our disagreement, and felt thankful—very thankful—that our relationship isn’t half as crazy as the ones we’d just heard about.