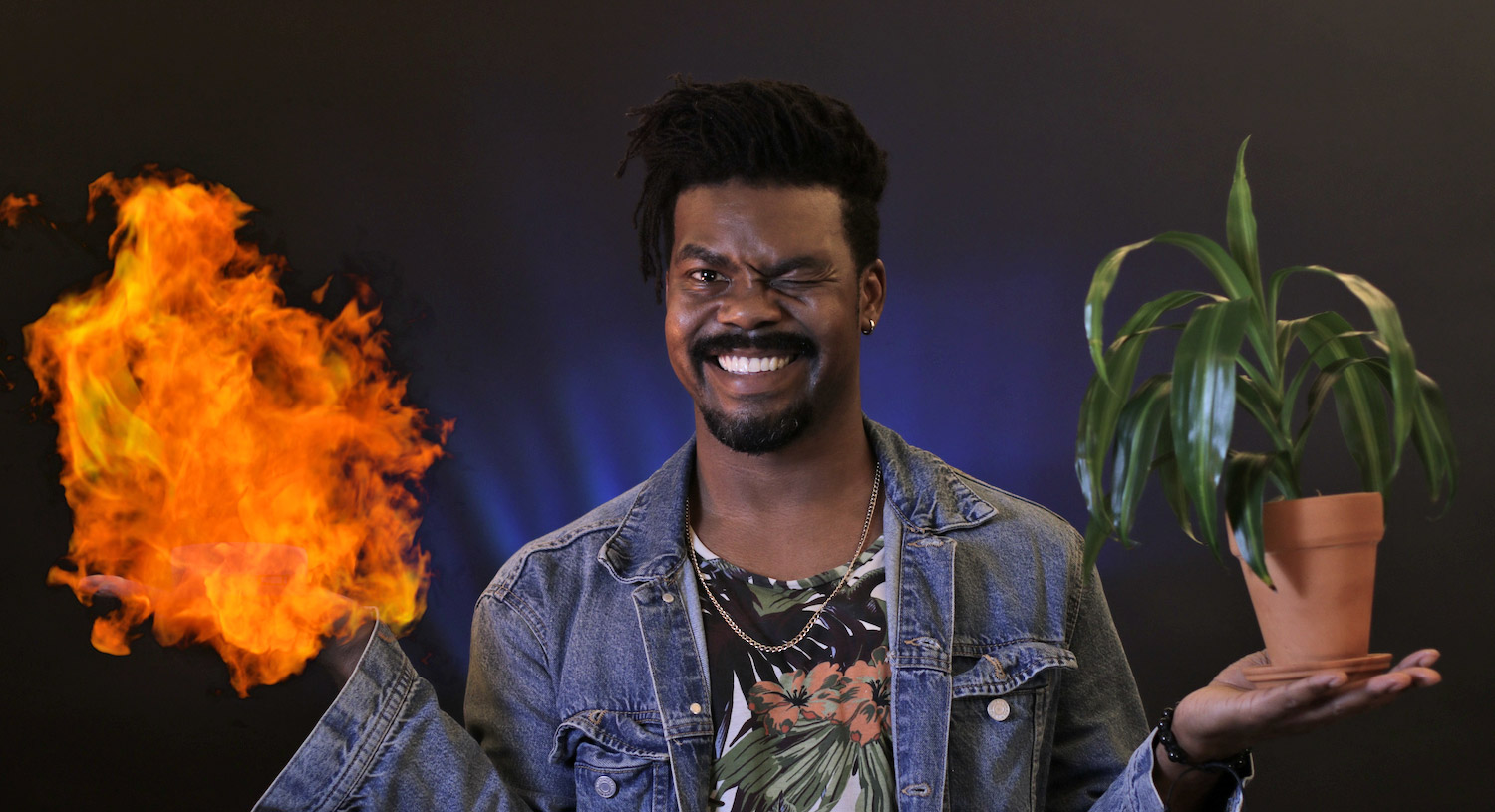 Self portrait photo by Paul A. Notice II

We spoke with Paul Notice, resident of Ridgewood, Queens, and writer, director and executive producer of Willow, an Afrofuturist, Anti-Capitalist, Womanist horror film, that features the granddaughter of Sasha Obama (the youngest daughter of Barack and Michelle). This project started as a stage play about seven years ago, and now he is making it into a feature-length movie with an all-Black cast, mostly made up of women. Below are some excerpts from our conversation, lightly edited for clarity.

BOAST: Why do you want to make this movie, and why is it important to you?
PAUL NOTICE: My main driver for making this movie is that I wanted something that was unapologetically Black, something that was unapologetically inclusive, and fit this worldview that I felt wasn’t being introduced in the way it could be. I could add my point of view to this long pantheon. I want to watch horror films that don’t either criminalize or vilify queerness. I want something that’s not villainizing or brutalizing a Black body all the time.

Can you give a plot overview of the movie?
It takes place in alternate reality where people have to literally feed on each other in order to survive. As a New Yorker, the main character has to find a roommate, has to find a job, and has to navigate this new world where currency is flesh. That’s where the story takes off. It alludes to a lot of the history of white supremacy.

Why make it horror?
I’m a huge fan of horror. I found it to be almost triggering after a while, like ‘Damn, we (Black people) never make it.’ There’s very violent death. That’s too much. I want to redo it a little bit. Sometimes you want to see a film that shows Black folks going through hell, and still making it through.

I think horror a lot of times focuses on gore and spectacle, instead of going a little deeper. My way of adding to that genre is Willow. Even if you don’t get the concepts, you’re going to love this film.

What do you hope people get, or take away, after watching the movie?
What I really look for is for them to at least think about the topic of capitalism. A lot of the time, we as Americans don’t picture a world outside of making money. What makes success? It all has to do with money. The accumulation of wealth and possessions. I think if we’re able to at least start to question that value and to question whether or not we think this is something that is acceptable, that’s what is brilliant. And if I can make that a movie or a story that has Black bodies, that are portraying this, that’s even better.

When do you hope to release the film, and what do you need for that to happen?
We hope to release it in late October, close to next Halloween. We need $69,000 to finish that. So 69 grand in the can, by December 23rd, and we will be all golden. If you go to bit.ly/willowhorror you’ll find our campaign. You can contribute and support however you can, even if it’s just following and sharing it. That’s all we need to make this reality. Then we got another iconic Black film.

Paul Notice is currently raising funds via a Crowdfunding Campaign, with a fundraising deadline in mid-December. If you would like to contribute, please go to this link. If you would like to share that page, the short URL is bit.ly/willowhorror. On Wednesday, December 2, at 7pm EST, there is a featurette screening and panel called “Can Capitalism Feed Us?” Please consider making a contribution if you attend. The Zoom link is here. 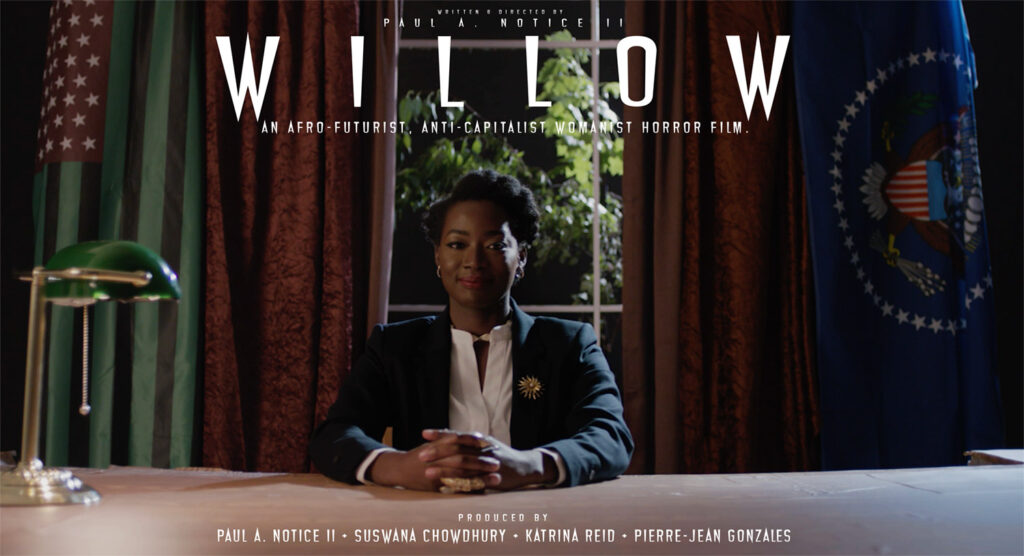