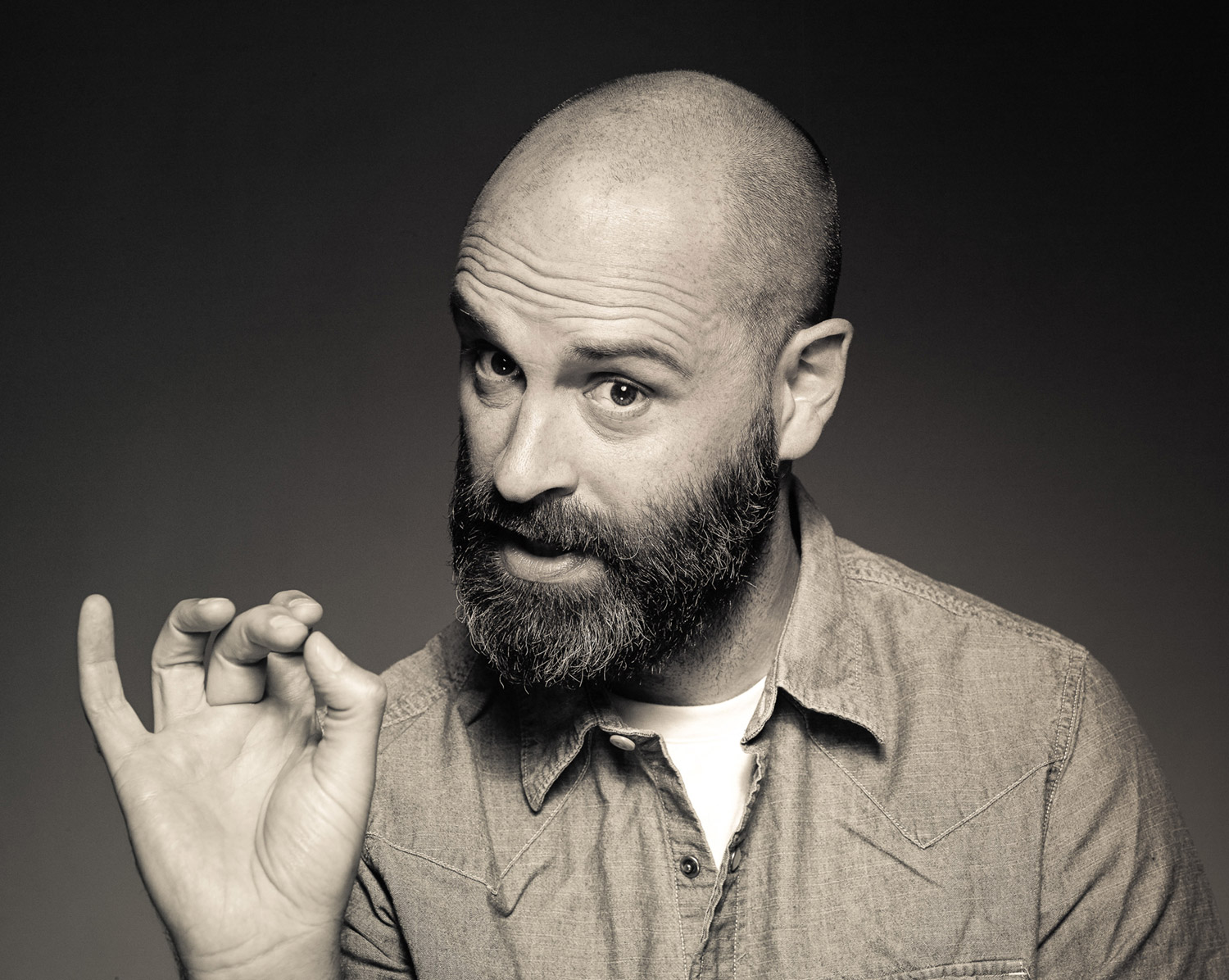 I recently had the opportunity to interview Astoria resident, Ted Alexandro. Ted has been active in the comedy scene for 15 years. He started out as a music teacher in Boston and has used that experience throughout his career. He talks about teaching, his family and many other anecdotes in his new podcast, A Little Bit Me. Currently, he is on tour opening for Jim Gaffigan. I corresponded with him through e-mail to learn more about this talented Astorian and his new podcast.

Congratulations on 15 years in the comedy scene! I enjoyed listening to your podcast. Why is now the time to launch A Little Bit Me?

I realized what the world needed was another podcast from a comedian. I’d done every other comedian’s podcast and enjoyed doing them. It occurred to me if I started my own, I won’t have to leave the house.

Who should give this a listen?

How did you decide what to focus on in your podcast?

It’s called A Little Bit Me so I knew it would have to be that but I wanted it to be a mix of me talking about life; segments like Cooking with Ted where I talk about my latest attempts in the kitchen, What Are You Watching and Grading My Marriage, as well as segments like The Catch Up where I cold call a comedian friend and catch up. They’re not expecting the call so it’s always interesting to launch into it. But it always winds up being a great conversation because these are people I’ve known and worked with for years.

Which comedians do you have lined up for future segments of The Catch Up?

Whoever is in my phone. It’s basically all spur of the moment, like “Let’s give Jim Gaffigan a try.” I’ve been a comedian for twenty-five years so I know a lot of comedians. I’ve had Jim Gaffigan, Marc Maron, Marina Franklin on the podcast. It really is an opportunity to catch up with friends and broadcast it to the public.

If you could call anyone (not just the fantastic people you already know) for The Catch Up segment of your podcast, who would you pick and why?

Jesus, MLK and Martha Stewart. I think what makes The Catch Up unique is I’m catching up with people I know. But eventually I may branch out beyond comedians.

You’ve toured all over the world with some amazing talent. What is it about Queens that keeps you coming back?

Both NY airports are in Queens, so when I land, I’m home. Most of my family is here or close by and it’s a quick ride to every comedy club in Manhattan so it’s good for work, too. Queens has a diverse, chaotic, dreamlike quality that is very specific. I like it.

Has there ever been any place you’ve visited that you could ever see yourself living? Where and why?

Sometimes I do a gig in a city like Cedar Rapids, Iowa or Tulsa, Oklahoma and I’m like “This place is great. I could probably live here.” Then I get on a plane and fly back to New York.

What are your favorite places to eat or hang out in Astoria?

In one episode of your podcast, you called yourself the Comptroller of Astoria and Jon Fisch calls you the president. Would you ever consider running for any office? Local or national. Why?

I just like the word Comptroller. Also Ombudsman. I can’t think of a less appealing job than holding public office. I would much rather tell jokes and do a podcast.

You’ve done such great work for social justice issues. What/who inspires you to take on important issues? What are your current passion projects?

Thanks. I think my parents instilled certain values in me that cultivated a social conscience. I’m inclined to say something when I find something unjust, disturbing or infuriating. Smoothies are my current passion project, sometimes even with passion fruit. I honestly just jump in when I’m inclined to speak on something. It’s not premeditated. It’s best served organic, like passion fruit.

Is there anything else you’d like our readers to know about?

My first comedy special As Much As You Want was just reissued as a 15th Anniversary Edition with bonus material and remastered tracks. People can listen to that and all my comedy albums on all music/comedy streaming platforms.

To find out where you can catch Ted Alexandro next, check out his website: tedalexandro.com.

His new podcast A Little Bit Me is available on iTunes, Stitcher and YouTube.