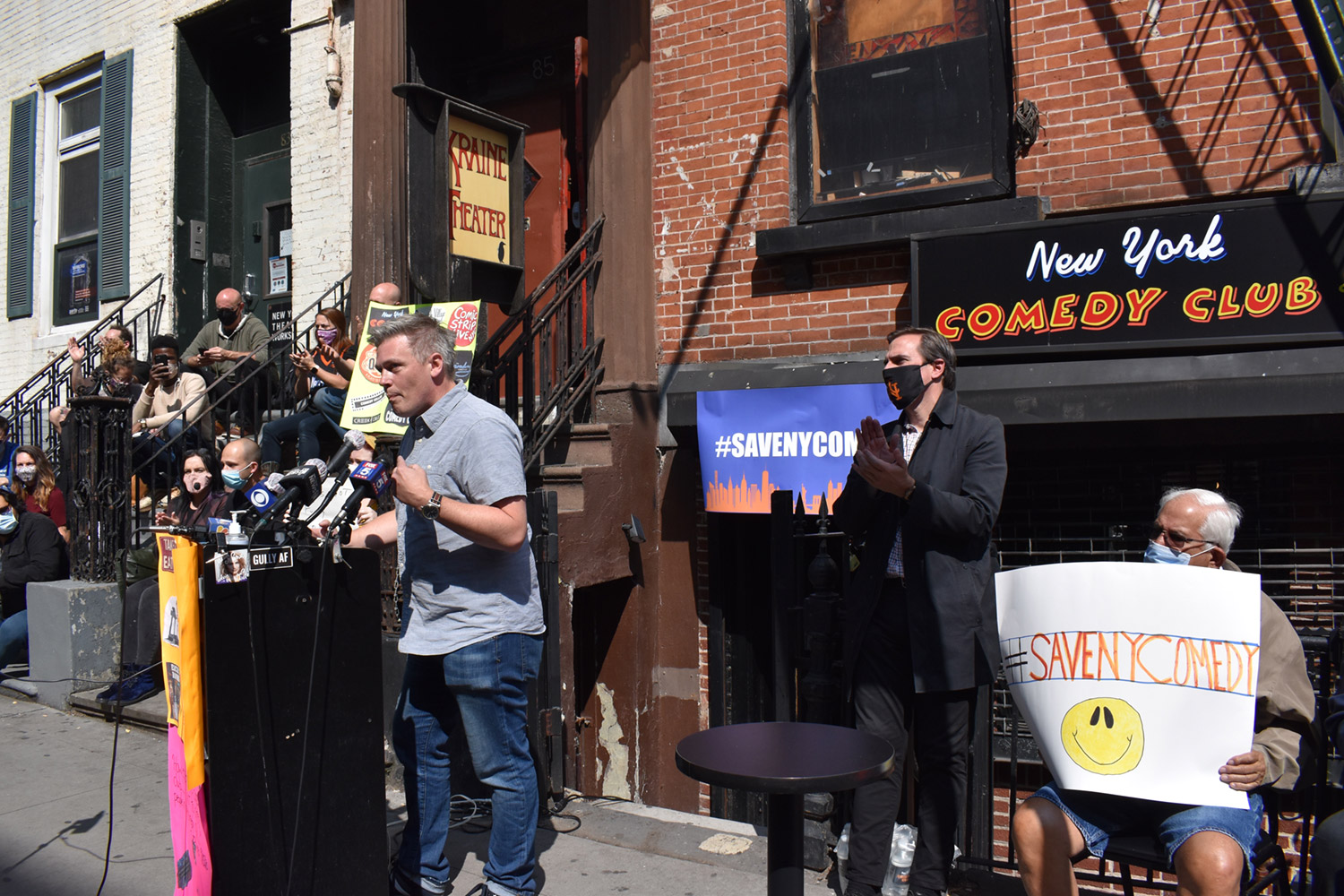 On Tuesday afternoon, in downtown Manhattan, there was a press conference calling on state and city officials to safely reopen comedy clubs and save arts venues from economic collapse due to COVID. The event was sponsored by New York Comedy Coalition (which Kambri Crews, owner of QED Astoria, is a main part of). Speakers included New York State Senator Michael Gianaris, and New York-based comedians Christian Finnegan (Chappelle’s Show, Best Week Ever) and Ophira Eisenberg (NPR’s “Ask Me Another”).

Comedy shows in New York were happening in June, July, and part of August, but then in mid-August the New York State Liquor Authority (SLA) updated their website to say, “Advertised and/or ticketed shows are not permissible,” stressing that this was to avoid gatherings “where people congregate, mingle, and create congestion at points of ingress and egress,” thereby closing all venues which had been operating in good faith.

Outdoor dining has been going on for a few months in NYC, and starting on September 30 restaurants in the city will be allowed to offer indoor dining at 25% capacity. Comedy clubs are not part of this plan.

New York Comedy Coalition has a proposal to allow ticketed arts and entertainment events. Collectively, they are calling on elected officials and stakeholders to implement the following:

Allow venues to be included with indoor bowling at 50% occupancy without food & beverage service immediately. Indoor bowling in NYC is allowed to occur at 50% indoor occupancy on the contingency that no food or beverage is consumed indoors. Independent arts venues should be allowed to operate in this exact same manner with safely spaced seating in theaters without food or beverage service.

Allow clubs to be included with restaurants at 25% occupancy for indoor service. Indoor dining at 25% capacity begins September 30th and independent performing arts spaces are not included in this plan. Once customers are seated, comedy clubs & many arts venues operate like any other food service establishment.

Allow outdoor performances to happen immediately. Venues remain closed in NYC banned from producing ticketed outdoor live performances which contradicts the fact that public gatherings with fewer than 50 attendees are allowed to continue without contact tracing or oversight.

Tell them what the metrics are. The Governor has rightly talked about science and statistics but is not sharing what the numbers are for when ticketed arts & entertainment will resume. The requests above are based on comparable rules of operations for safe reopening already in place, based in common sense. All we ask is that the comedy clubs are swiftly allowed the same newly regulated reopening parameters as other NYC industries, and that we are informed as to the logic of these decisions either way.

We love QED Astoria, as well as the other comedy clubs in NYC, so we are hoping they can reopen in a safe way very soon. 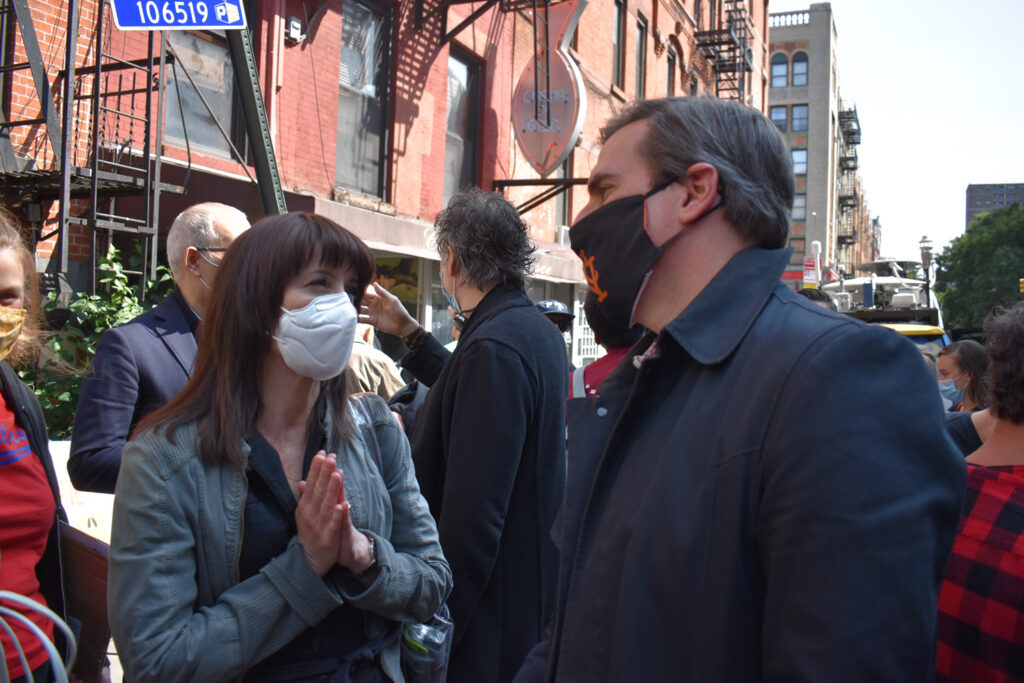 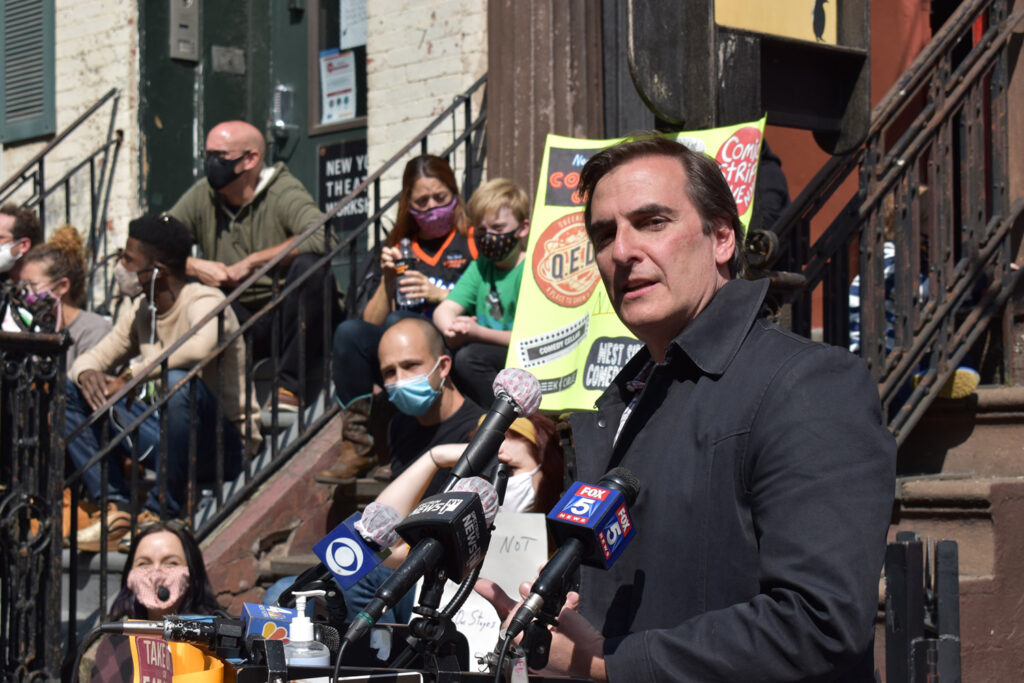 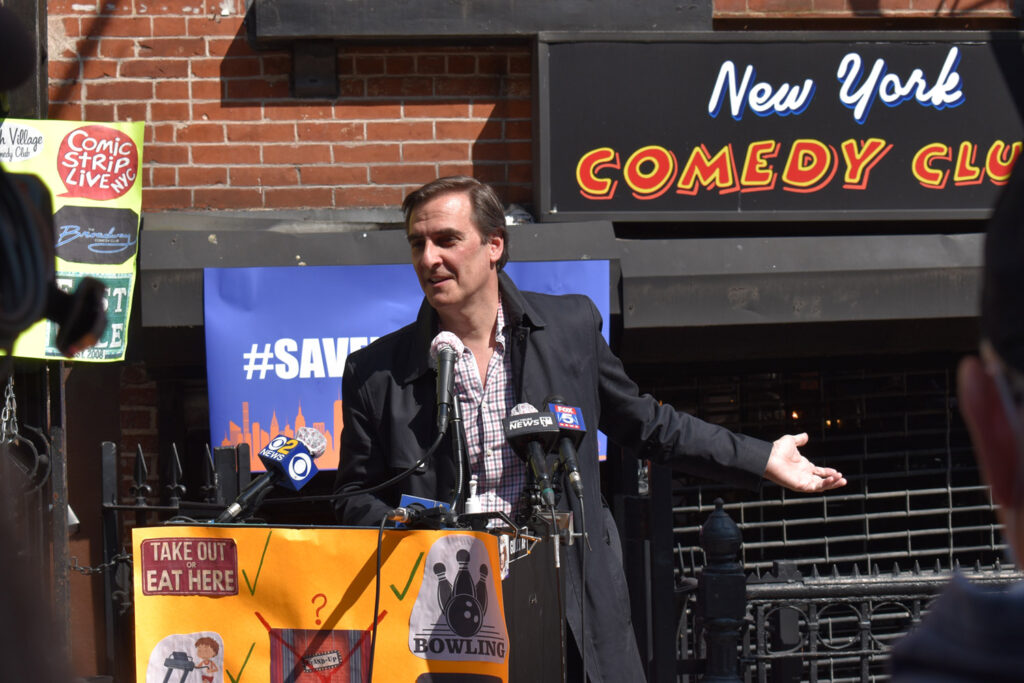 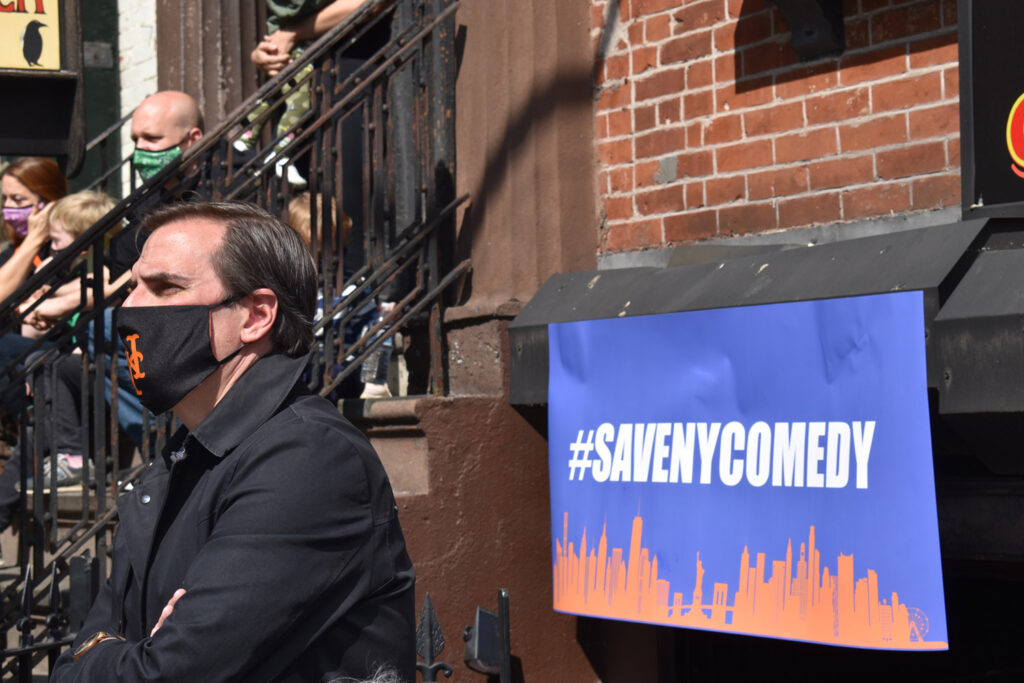